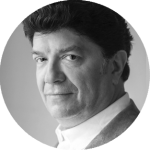 Born in Barcelona, he studied drama at the Institut del Teatre. Later, he moved to London where he took a two-year post-graduate course with Doreen Cannon at R.A.D.A. Since 1983 until today he’s played many roles in theatre, TV and Film productions from Europe and all over the world and has directed live shows in Spain and Norway. In 2005 he directed his first short film and in 2008 his first feature: The Frost, with Aitana Sánchez-Gijón, Trond Espen Seim and Bibi Andersson, which gave him artistic recognition both at home and abroad. He’s a member of British Equity Actors Association and the Academy of Catalan Cinema. / ferran@efimerofilms.com 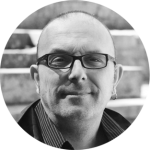 He has a PhD in Communication Studies (Ramon Llull University) with a thesis on narrative structures in audio-visual media, MBA in Film and TV (Ramon Llull University) and BA in Fine Arts (Barcelona University). With more than twenty-five years in the field of communication, he is currently in charge of creative and development strategies at Efímero Films, of which he is also a Director and a Founding Member. He is Associated Professor at Ramon Llull Univesity, Elisava Barcelona School of Design and Engineering (both in Spain) and Escuela Internacional de Cine y TV (in Cuba). He is an independent Consultant for Organizational Storytelling and Disruptive Processes and a member of several international transmedia workgroups. Currently he is an international Advisor for Proimágenes Colombia New Media Program and Member of Innovación Audiovisual (interdisciplinary group dedicated to the disclosure of new technology applied to filmmaking). He has directed videos, written screenplays and has script-doctored and been a project consultant for both fiction and documentary projects. He has directed short films and animation series. He has also designed exhibitions, games and interactive applications. He has created comics and has been in charge of editorial design for different publishers. As an Author he has published many books and usually collaborates with specialized online media, writing about transmedia, storytelling, user’s experience, branded content and cinema. He combines all this work with conferences, workshops and teaching in company. / montecarlo@efimerofilms.com 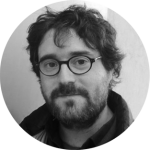 Graduated in Humanities at Barcelona’s Pompeu Fabra University, he completed his studies at the American Film Institute in Los Angeles. He developed his film career in Europe, the USA, India, Mexico and Brazil. His experience ranges from editing feature films, TV movies, documentaries, adverts and large-format productions for IMAX. He has supervised digital effects in over 20 productions, including a number of international coproductions with countries such as Lithuania, Bulgaria, Norway, South Africa and Greenland. He is a passionate Stereographer and has worked in feature films, documentaries and live shows. He has taught for a number of years at the Pompeu Fabra University (Barcelona) and the ESCAC (Catalan Film School) and has participated in talks and conferences in Barcelona, Prague, Paris and London. / bernat@efimerofilms.com

Smart and dynamic production company based in London specialized in TV broadcasting, multimedia packs and audio productions for language studies.

An independent film production company, a pioneer in postproduction techniques, aiming at showing to audiences both nationally and worldwide a new way to understand themselves through cinema and TV.